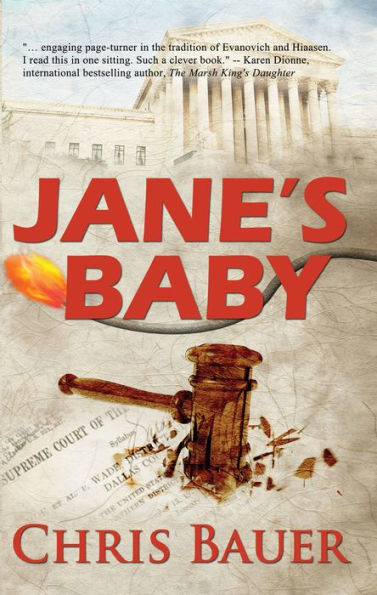 Whatever happened to Jane Roe’s baby? Norma McCorvey, of Caddo-Comanche heritage, did not terminate the pregnancy that led her to become the anonymous plaintiff of the landmark U.S. Supreme Court women’s rights case Roe v Wade because in 1971, when the motion was first argued, abortion in the U.S. was illegal. The Jane Roe real-life child would now be a woman in her late forties, the potential of her polarizing celebrity unknown to her. A religious rights splinter group has blackmailed its way into learning the identity of the Roe baby, the product of a closed adoption. To what end, only a new Supreme Court case will reveal. Tourette’s-afflicted K9 bounty hunter Judge Drury, a Marine, stands in the way of the splinter group’s attempt at stacking the Supreme Court via blackmail, murder, arson, sleight of hand, and secret identities.

SCARS ON THE FACE OF GOD

Hex signs protect the town’s barns and outbuildings. A local tannery spews poison on land and in the river. And babies disappear at birth. Wump Hozer, an orphan and one-time felon who earned his nickname from the sound a crowbar makes when it hits a man’s head, is the custodian of Our Lady of the Innocents parish in Three Bridges, PA. Wump fought all his life against the tannery’s waste, against God, and against the blind eyes of his good neighbors. Childhood memories and strange presentments plague him when a brick wall unearthed at the site of a new restaurant collapses and raw sewage carries hundreds of bones into the pit left behind. It looks like the Devil has made Three Bridges his new playground; a blasphemous bible will tell Wump why.

“Chris Bauer’s JANE’S BABY is a fresh and engaging page-turner in the tradition of Janet Evanovich and Carl Hiaasen, with a ‘Wish I’d thought of that’ premise, a bounty hunter with a serious problem, and a cast of quirky sidekicks on a collision course with both the past and the future. I read this in one sitting. Such a clever book!” — Karen Dionne, international bestselling author of THE MARSH KING’S DAUGHTER.

“JANE’S BABY is a stunning thriller, pitch-dark and filled with twists you never see coming.  Chris Bauer’s complex cast of characters headed by bounty hunter Judge Drury and his K9 partner pulled me in from the beginning and never let go. Bauer is a novelist to watch.” — Margaret Coel, New York Times bestselling author of the WIND RIVER mystery series.

—
“Chris Bauer came up with a doozy of a ‘what if’ question in JANE’S BABY. I just wish I had thought of it myself.” — Alan Russell, bestselling author of BURNING MAN.
—
“In JANE’S BABY, Chris Bauer weaves unique characters into a compelling story. Readers will love bounty hunter Judge Drury’s two deputies, who happen to be retired military dogs.” — Margaret Mizushima, author of HUNTING HOUR: A Timber Creek K-9 Mystery.
—
“JANE’S BABY is both topical and enduring. Chris Bauer’s knack for creating unconventional characters is exceeded only by his intense and vivid prose.” — Don Swaim, author of THE ASSASSINATION OF AMBROSE BIERCE: A LOVE STORY, and host of CBS Radio’s Book Beat.
—
“JANE’S BABY has it all — fresh and quirky characters — an ex-Marine bounty hunter with Tourette’s Syndrome and bomb-sniffing dogs, an alcoholic little person blogger sidekick, an angry bull, a female Native American Supreme Court Justice, an obsessive assassin — and a plot loaded with tricky twists and troubling timely issues. Chris Bauer pulls them all together with wrenching seat of your pants suspense. He’s clearly a writer to watch.” — Merry Jones, award-winning author of CHILD’S PLAY and THE NANNY MURDERS.